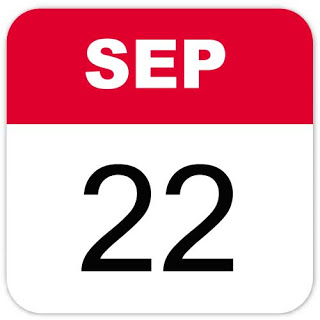 
The pioneering Indian actress Durga Khote, famous for her roles in Marathi and Hindi movies, breathed her last on 22nd September 1991. She was 86 years old and had achieved many landmarks in her long and illustrious career spanning more than 50 years, during which she acted in many theatrical shows and about 200 films. Her life was an inspiration to many, not only as one of the earliest women to act in Indian cinema, but also as a resolute woman who charted the course of her own life.
Born on 14th January 1905, into a conservative Maharashtrian family in Mumbai, Durga Khote was married when she was quite young to Vishwanath Khote, a mechanical engineer and the son of a well-to-do family of contractors and stock brokers. They soon had two boys, however her husband passed away when she was just 26 and Durga Khote had to find the means to support herself and her young children. Durga was aware of the Marathi theatre industry and it was through her acquaintances in this sphere that she took her first steps in the nascent Marathi film industry. This was an unusual step for the time, since women from respectable families were not usually seen on stage or in films - in fact, most of the women's roles in early Marathi cinema were played by young men.
Her first role was in a silent film Farebi Jaal in 1931. The Prabhat Film Company which produced this film then cast her in the first Marathi talking movie Ayodhyecha Raja in 1932. This film, also made in Hindi, was a huge success. Durga Khote's portrayal of the character Rani Taramati was very well appreciated by movie-goers of the time. Durga Khote went on to prove that she was not only a fine actress but also an independent woman when she broke away from the studio system where actors worked exclusively on contract for one studio and were paid a monthly salary. Durga Khote maintained a good relationship with the Prabhat Film Company but chose to work as an independent actor with other production companies of the time, such as Prakash Pictures and the
East India Film Company and New Theatres which were based in Calcutta.
Durga Khote was also deeply involved in the work of the group of playwrights and actors who were part of the Indian People's Theatre Association (IPTA) and the Progressive Writers Association (PWA). Influenced by leftist ideology and humanist ideals, these groups of creative professionals played significant roles in the cultural life of India in the post-Independence era.
Some of Durga Khote's best-known and award-winning roles are as the mother in Charnon Ki Dasi (1941), Kaikeyi in Bharat Milaap (1942) and Jodhabai in Mughal-e-Azam (1960). Later in her career she excelled at character roles such as the leading lady's grandmother in Bobby (1973), the mother of the protagonist in TheHouseholder (1963), the aunt of the protagonist in Abhimaan (1973) and the mother in Bidaai (1974).
Durga Khote continued to act in Marathi theatre. One of her best-known roles is in V.V. Shirwadkar's Rajmukut, the Royal Crown, a Marathi interpretation of Macbeth, where she played Lady Macbeth. Durga Khote also became one of the first women to direct and produce a movie when she made the film Saathi in 1937. Later in her career she founded Durge Khote Productions and Fact Films in the 1980s.
Among her many awards are: the BJFA (Bengal Film Journalists' Association) Awards in 1942 and 1943, the Sangeet Natak Akademi Award in 1958, the Padma Shri in 1968, and the Filmfare Best Supporting Actress Award in 1974. In recognition of her lifetime contribution to Indian cinema, she was awarded the Dada Saheb Phalke Award in 1983 from the President of India. India Today in a special issue to commemorate the millennium in the year 2000, named Durga Khote in its list of '100 People who shaped India' for her pioneering role in breaking the social taboo against women from respectable homes finding their place in the film industry.
Durga Khote wrote her autobiography in Marathi, which has been translated in English as I, Durga Khote. Reading this first-person account of the life of this pioneering woman, one can only be inspired by how this amazing woman changed the perception of women in Indian society both before and behind the camera.
Also on this day:
1965: India and Pakistan declare a ceasefire after the second Indo-Pakistan war.
1970: Sharadindu Bandyopadhyay, Bengali writer and creator of the detective Byomkesh Bakshi, passed away.